The Tuesday Afternoon Schuetzen Verein (Shooting Club) is a small group of Club members who gather every Tuesday a half-hour before noon and spend the afternoon shooting. Almost always, we shoot .22 rimfires. But for a couple of weeks in early September, we shoot our centerfire Schuetzens, getting ready for the Club’s September Schuetzen match.

We started out as a bunch of old-time single shot enthusiasts, shooting by American Single Shot Rifle Association or Wyoming Schuetzen Union rules. Those old rifles are still our main interest, but if you don’t have one, you are still welcome to join us. All you need is a .22 rimfire and a couple boxes of ammunition for each week’s shooting. We vary our matches and ranges with the season.

From mid-December until the end of April, we will “compete” (or embarrass ourselves) by participating in the Winter Schuetzen League, hosted by the Davenport (Iowa) Schuetzen Association. Between January 1st and the end of April, we will each shoot ten 50-shot matches for score. This is Gallery offhand, shot at a distance of 50 feet. You don’t really need a .22 for this series. A pretty good air rifle is competitive.

In the spring, we switch to 100 yards. We will shoot a few 50-shot offhand matches and maybe a 100-shot “mini-Hudson” and then switch to benchrest. If you do well at that, a BR50 match is a piece of cake. If you are a conspiracy theorist, maybe you can talk us into another Grassy Knoll Match.

The first week in June will find us at 200 yards, preparing for the Bruce Garbe Memorial, a 50-shot benchrest match. After that, we will switch back and forth between 100 and 200 yards, depending on wind and mirage. August at 200 yards will tax your mirage reading skills.

The big event of the Schuetzen year is the traditional Election Day Match, 100 shots offhand at 200 yards. One year, the wind was blowing so hard that we quit after 25 shots.

We do keep scores, but except for the Winter League, we don’t send them anywhere. One or two shooters do not dominate our matches. We all have good days and bad, and some of us are better at one thing and some another. The real challenge is to improve upon what you did last week. If you can find some free time on Tuesdays, please give our game a try.

Gallery (50 foot): Five targets of five bulls each, two shots on each bull for a total of 50 shots. 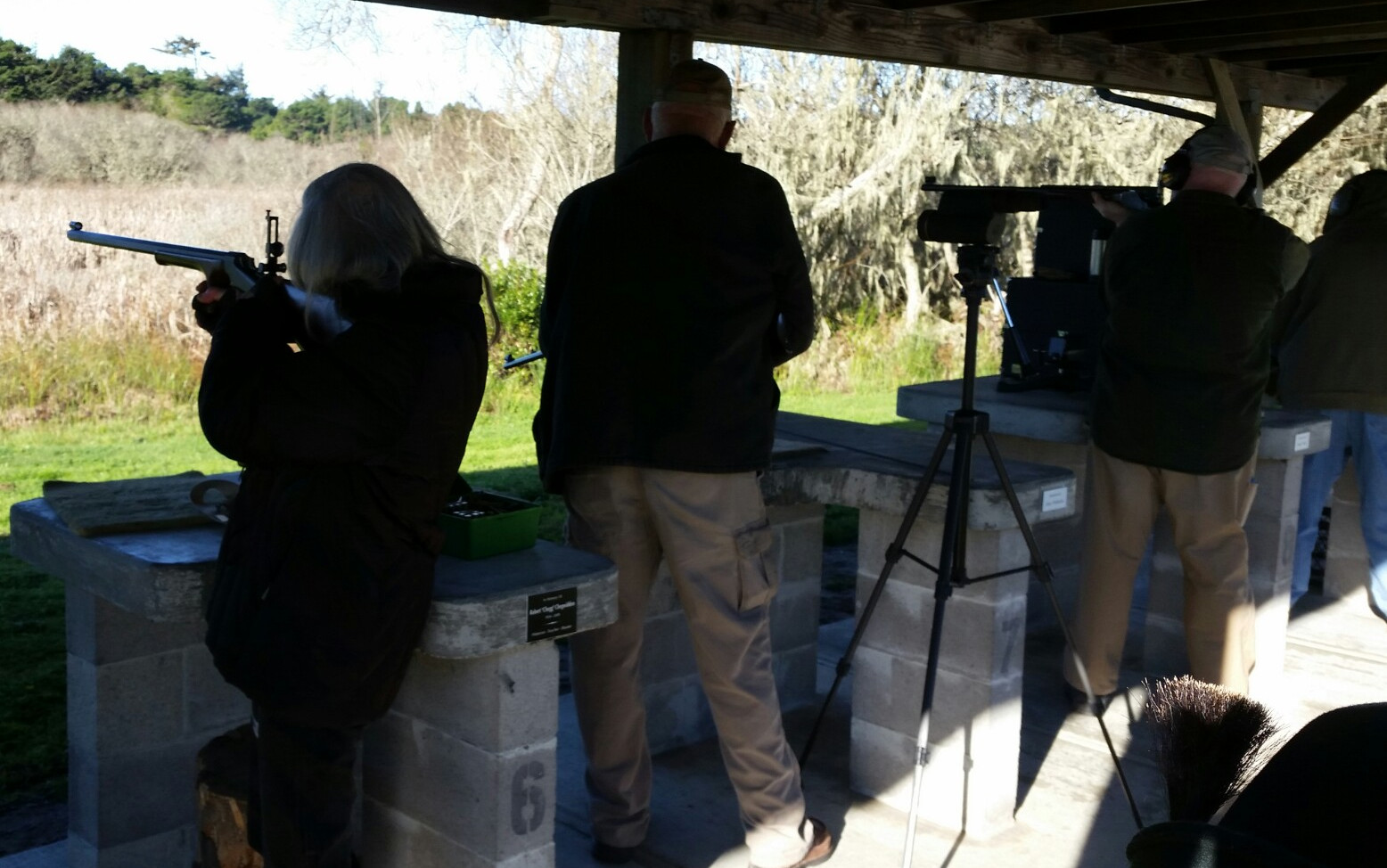 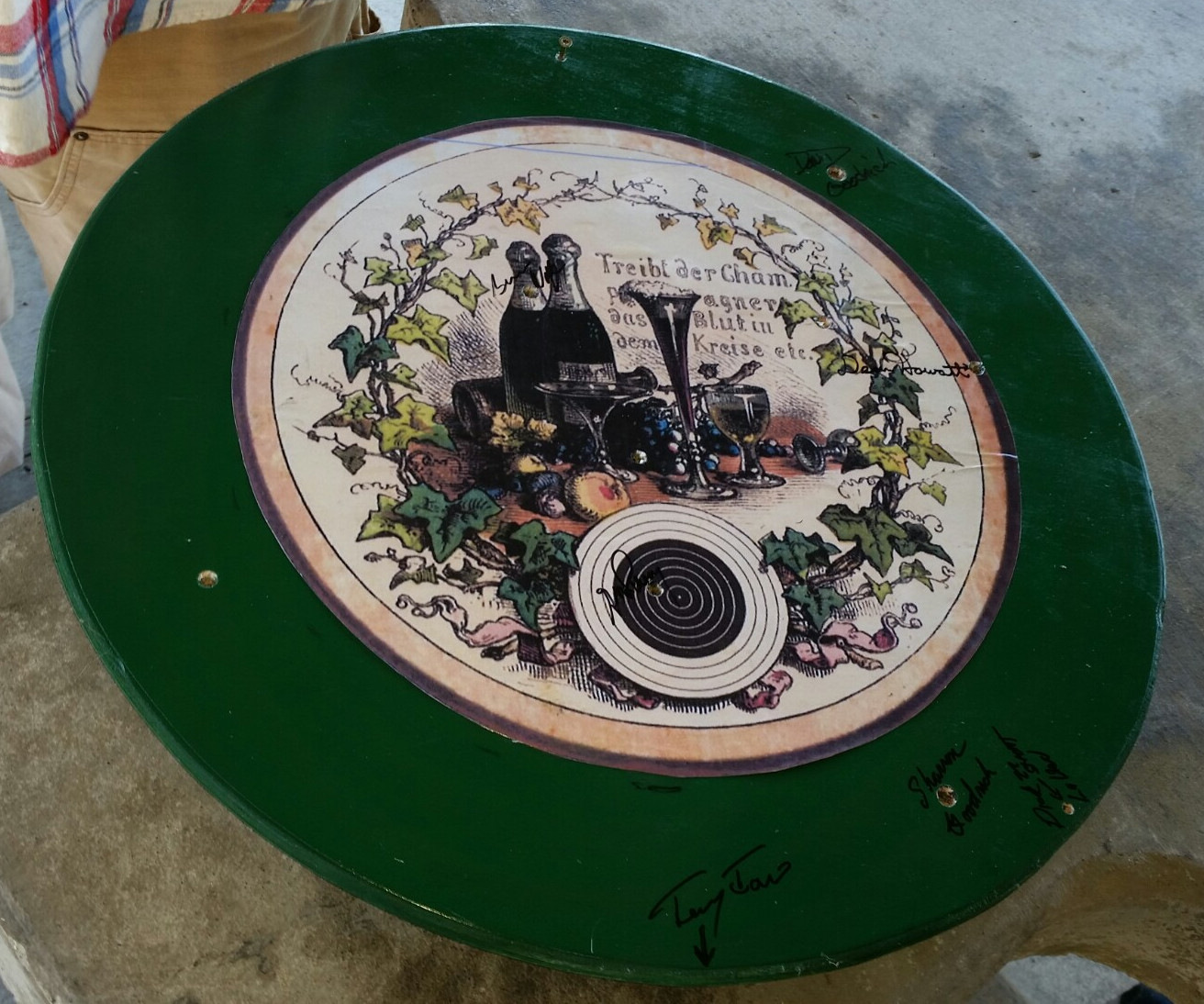 The Schuetzen Verein meets every Tuesday afternoon year round at 11:30am until 2 or 3pm. Meet at the first gate.

Winter Schuetzen League runs from January through April at the same time.